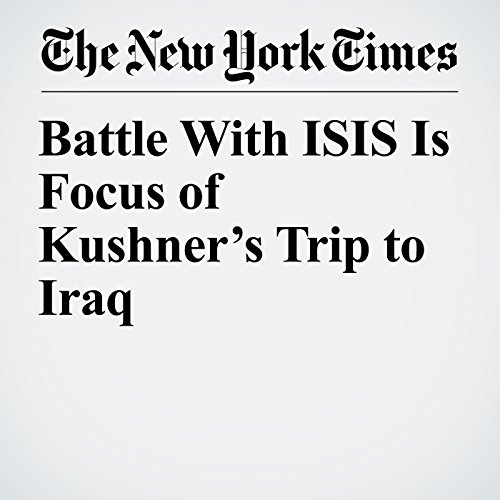 After arriving in Baghdad Monday afternoon, Jared Kushner, President Donald Trump’s son-in-law, met with Prime Minister Haider al-Abadi to discuss the fight against the Islamic State and whether the United States would leave troops in Iraq afterward, according to a spokesman for the prime minister.

"Battle With ISIS Is Focus of Kushner’s Trip to Iraq" is from the April 03, 2017 World section of The New York Times. It was written by Tim Arango and narrated by Keith Sellon-Wright.