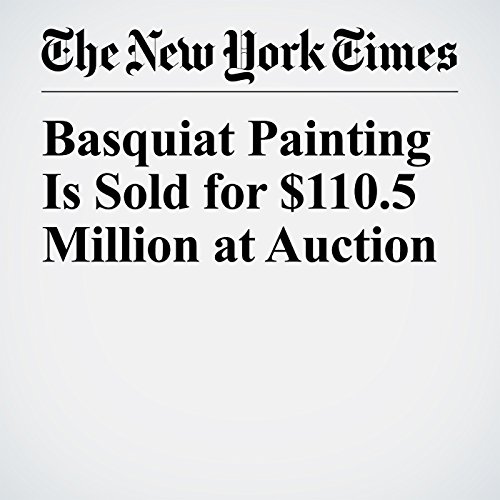 Basquiat Painting Is Sold for $110.5 Million at Auction

Joining the rarefied $100 million-plus club in a sales room punctuated by periodic gasps from the crowd, Jean-Michel Basquiat’s powerful 1982 painting of a skull brought $110.5 million at Sotheby’s, to become the sixth most expensive work ever sold at auction. Only 10 other works have broken the $100 million mark.

"Basquiat Painting Is Sold for $110.5 Million at Auction" is from the May 19, 2017 Arts section of The New York Times. It was written by Robin Pogrebin and Scott Reyburn and narrated by Jef Holbrook.