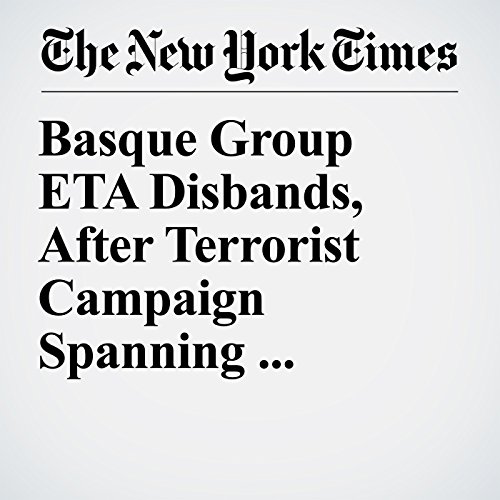 MADRID — ETA, the Basque separatist group, is dissolving itself, it stated in a letter published Wednesday, closing a history that included one of the longest terrorism campaigns in modern Europe, which killed over 800 people in Spain.

"Basque Group ETA Disbands, After Terrorist Campaign Spanning Generations" is from the May 02, 2018 World section of The New York Times. It was written by Raphael Minder and narrated by Kristi Burns.