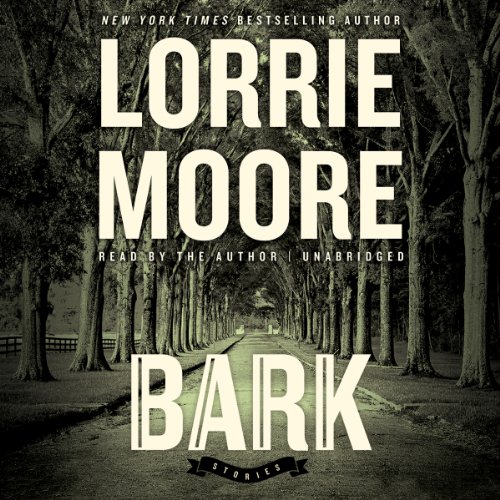 "Fifty years from now, it may well turn out that the work of very few American writers has as much to say about what it means to be alive in our time as that of Lorrie Moore" (Harper's).

A literary event - a new collection of stories by one of America's most beloved and admired short story writers, her first collection in fifteen years.

In these eight masterful stories, Lorrie Moore, in a perfect blend of craft and bewitched spirit, explores the passage of time and summons up its inevitable sorrows and hilarious pitfalls to reveal her own exquisite, singular wisdom.

In "Debarking," a newly divorced man tries to keep his wits about him as the United States prepares to invade Iraq, and against this ominous moment, we see - in all its irresistible hilarity and darkness - the perils of divorce and what can follow in its wake.
In "Foes," a political argument goes grotesquely awry as the events of 9/11 unexpectedly manifest at a fund-raising dinner in Georgetown.
In "The Juniper Tree," a teacher, visited by the ghost of her recently deceased friend, is forced to sing "The Star-Spangled Banner" in a kind of nightmare reunion.
In "Wings," we watch the unraveling of two once-hopeful musicians who neither held fast to their dreams nor struck out along other paths as Moore deftly depicts the intricacies of dead ends and the workings of regret.

Gimlet-eyed social observation, the public and private absurdities of American life, dramatic irony, and enduring half-cracked love wend their way through each of these narratives in a heartrending mash-up of the tragic and the laugh-out-loud - the hallmark of Lorrie Moore - land.

When humor is more than endearing

Personally I find short stories quite hard to listen to... as writers put painstaking attention to each word, sentence and paragraph; my attention seems to bereaved me from their beauty. In the case of ‘Bark’, Moore’s words have such a rhythm and a contextual charm that I enjoyed the first time I listen to it as much as the second time where I minded her artful language choices with chuckles and admiration.

For those who like short stories yes. Other reviewers complained about this collection being "thin" and that not enough stories. Well, this is not meant to be "War & Peace" (big fat novel). I find myself satiated with this collection & looking forward to more. I've always liked anthologies though I realize it's not for everyone.

The two former "consultants" who met up in a Paris cafe after years of being "together". A taste of secrecy, spies, intrigue yet such humane exposure of two human beings.

Find out for yourself. I don't wanna spoil it.

The farm wedding (hehehe), laughed so hard! So tell-it-like-it-is REAL. Moore's storytelling is so good I can visualize the whole enchilada! The voices, wedding dresses (love the color descriptions), the ex-father-in-law's lust, the "entertainment" and chaos from unexpected snafu...hilarious.

Yes, when the woman in the Paris cafe wondered if she should pronounce the two S's in "couscous". Is it just couscoooo since there's no letter after the 2nd "s"?

Made me realize how silly it is when I worry about this kind of thing too. Made me have empathy for the character (key trait of good storyteller).

Well done Lorrie Moore! I dig even all the double entendres, alliterations, puns e.g. the title "Bark" and 1st story "Debarked". Debarked means so many things to me (a dog nut), it means one's unique voice has been taken away, like a cat declawed, a bull that's neutered - fundamentally altered.

This collection of short stories is NOT "thin". I find them rich, full spectrum and engaging. I look forward to more stories from Ms. Moore.

this got good reviews and kept appearing as something I'd like. well, the algorithm was completely off base this time. whiny, awkward, pointless stories. I'll never read this author again.

These MIGHT be less tedious if Moore were not the reader, but her depressive languished self-pitying drone is unbearable.

Interesting stories. Some are better than others and some times I found myself thinking about other things. Maybe not the best book to listen to when you are driving or running. Almost meditative.

Leave the reading to the professionals

This is the third book I have listened to read by the author and other than Patti Smith who is a brillant performer and amazing to listen to, the other authors are really bad readers. Lorrie Moore's voice is monotone, she has strange phrasing and she does not distinguish different characters with different voices so I never knew who I was listening to. All in all it was frustrating listening to her read. I have a much richer listening experience when the book is read by seasoned professionals. Authors I think, are too personally attached to their material and cannot read it effectively.

Could you see Bark being made into a movie or a TV series? Who should the stars be?

If all relationships were this dispairing human beings would not bother. Maybe that's the authors point?

Was only affected by two of the 8 stories in this collection- wanted more, very slight- she is a wonderful narrator

And Moore is amongst the best of short story writers, but these are thin and dispiriting pieces in the main. Go elsewhere is my advice if you want a more rewarding read, and come back to this if you are a completist.

I could listen to this audio book over and over , the author narrates and really brings her characters to life. Funny, mesmerising, disturbing and moreish ..or should it be moorish. ..