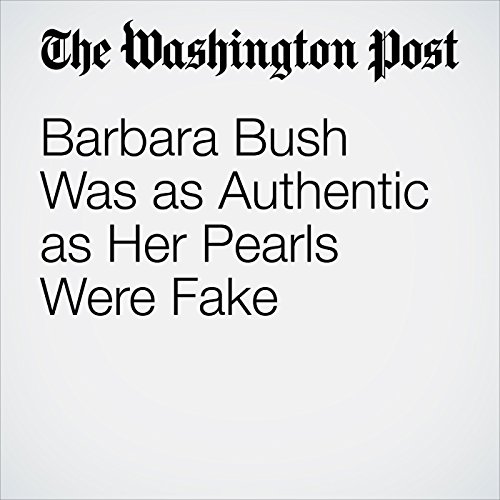 When Wellesley College invited Barbara Bush to speak at its 1990 graduation, protests broke out on campus. A hundred and fifty students spelled out their objections in a petition to the school’s president at the time, Nannerl Keohane: “Wellesley teaches that we will be rewarded on the basis of our own merit, not on that of a spouse. To honor Barbara Bush as a commencement speaker is to honor a woman who has gained recognition through the achievements of her husband, which contravenes what we have been taught over the last four years at Wellesley.”

"Barbara Bush Was as Authentic as Her Pearls Were Fake" is from the April 17, 2018 Opinion section of The Washington Post. It was written by Karen Tumulty and narrated by Sam Scholl.