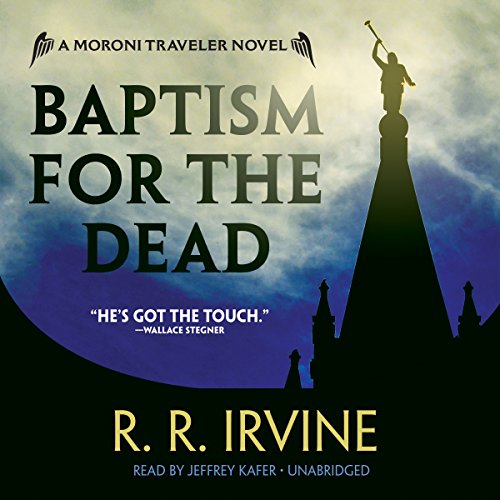 Baptism for the Dead

Moroni Traveler finds it a blessing and a curse to be named for the angel that graces the top of the temple looming over Brigham Young's city. The ex-football star turned private detective has returned to Salt Lake City, a town he once called home.

During a spring blizzard, Moroni meets Penny Varney, the ungodly daughter of a powerful high churchman. She retains him to find her mother - whom she fears is dead. His boyhood friend, Willis Tanner, also solicits his services on the same day. Moroni can't believe his luck, but there's a catch: Willis is acting for the church and wants Moroni to keep an eye on Penny. Moroni is soon on the trail of a far-out religious sect whose self-appointed savior calls for sanctified murder. Moroni must act fast to close the case and discover the truth. The next victim could be him.