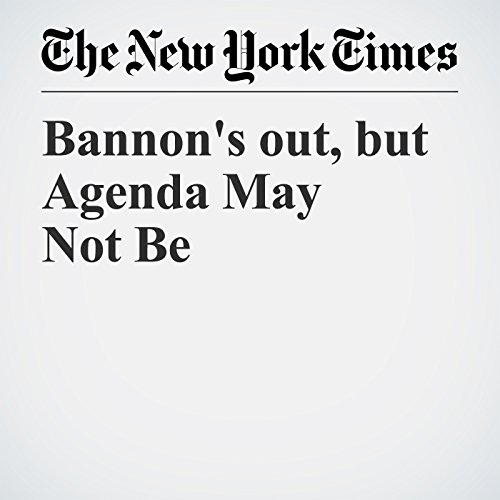 In his West Wing office, Stephen Bannon kept a chart listing trade actions — on China, steel and autos — that the Trump White House planned to roll out, week by week, through the fall. Now that Bannon, the president’s chief strategist, has been pushed out, the question is whether his agenda will be erased along with him

"Bannon's out, but Agenda May Not Be" is from the August 19, 2017 Washington section of The New York Times. It was written by Mark Landler and Maggie Haberman and narrated by Keith Sellon-Wright.

Cosa pensano gli ascoltatori di Bannon's out, but Agenda May Not Be