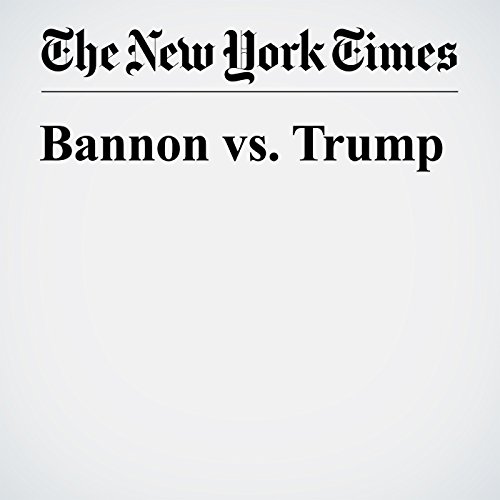 It’s becoming clear that for the next few years U.S. foreign policy will be shaped by the struggle among Republican regulars, populist ethno-nationalists and the forces of perpetual chaos unleashed by President-elect Donald Trump’s attention span.

"Bannon vs. Trump" is from the January 09, 2017 Opinion section of The New York Times. It was written by David Brooks and narrated by Caroline Miller.