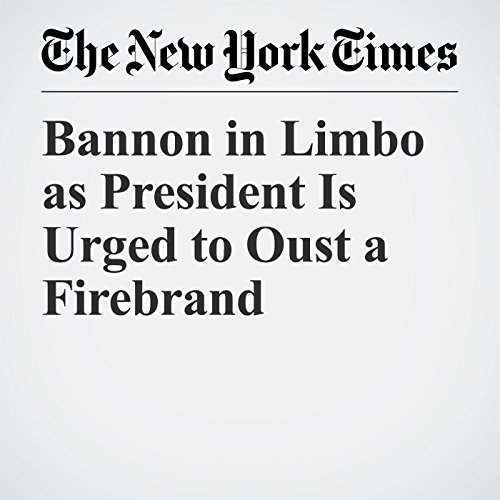 Rupert Murdoch has repeatedly urged President Donald Trump to fire him. Anthony Scaramucci, the president’s former communications director, thrashed him on television as a white nationalist. Lt. Gen. H.R. McMaster, the national security adviser, refused to even say he could work with him.

"Bannon in Limbo as President Is Urged to Oust a Firebrand" is from the August 14, 2017 U.S. section of The New York Times. It was written by Maggie Haberman and Glenn Thrush and narrated by Caroline Miller.