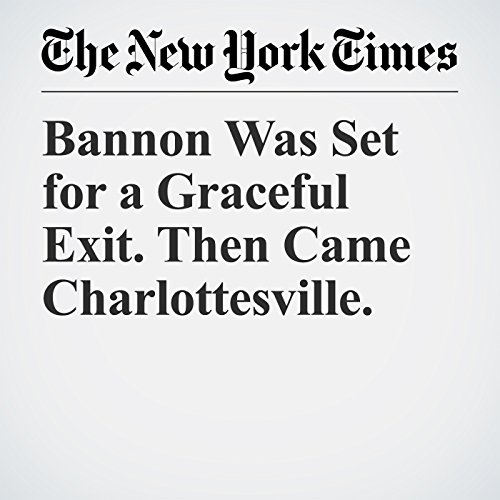 John F. Kelly, the new White House chief of staff, told Stephen K. Bannon in late July that he needed to go: No need for it to get messy, Kelly told Bannon, according to several people with firsthand knowledge of the exchange. The two worked out a mutually amicable departure date for mid-August, with President Donald Trump’s blessing.

"Bannon Was Set for a Graceful Exit. Then Came Charlottesville." is from the August 20, 2017 U.S. section of The New York Times. It was written by Jeremy W. Peters and Maggie Haberman and narrated by Kristi Burns.