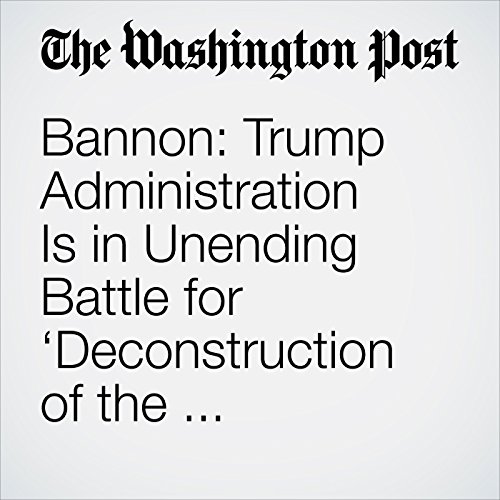 In his first public speaking appearance since Trump took office, Bannon made his comments alongside White House Chief of Staff Reince Priebus at a gathering of conservative activists. They sought to prove that they are not rivals but partners in fighting on Trump’s behalf to transform Washington and the world order.

"Bannon: Trump Administration Is in Unending Battle for ‘Deconstruction of the Administrative State’" is from the February 23, 2017 Politics section of The Washington Post. It was written by Philip Rucker and narrated by Sam Scholl.