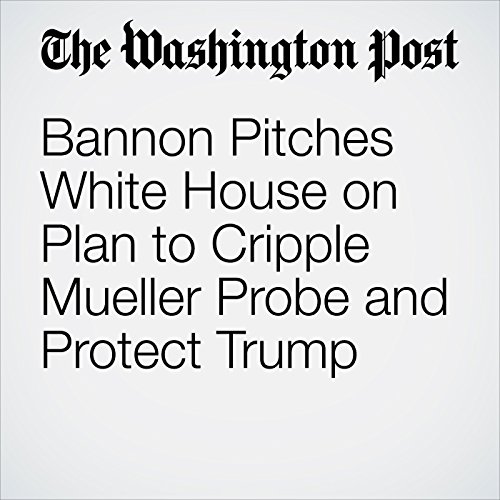 Stephen K. Bannon, who was ousted as White House chief strategist last summer but has remained in touch with some members of President Trump’s circle, is pitching a plan to West Wing aides and congressional allies to cripple the federal probe into Russian interference in the 2016 election, according to four people familiar with the discussions.

"Bannon Pitches White House on Plan to Cripple Mueller Probe and Protect Trump" is from the April 11, 2018 Politics section of The Washington Post. It was written by Robert Costa and narrated by Sam Scholl.