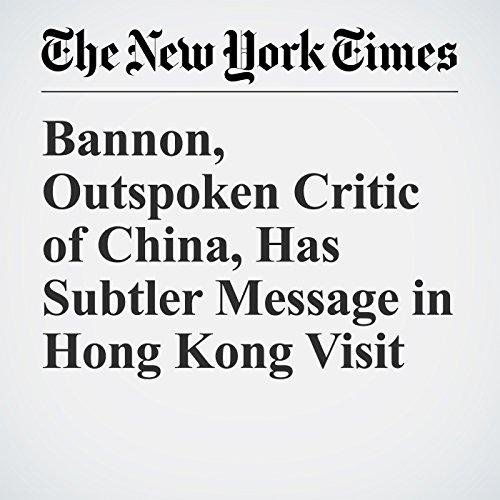 Bannon dined Tuesday with a small group of hedge fund managers and investors, and later gave a keynote address at a major investor conference, where he spoke about the rise of populism in places like the United States and the Philippines.

"Bannon, Outspoken Critic of China, Has Subtler Message in Hong Kong Visit" is from the September 12, 2017 World section of The New York Times. It was written by Alexandra Stevenson and narrated by Kristi Burns.