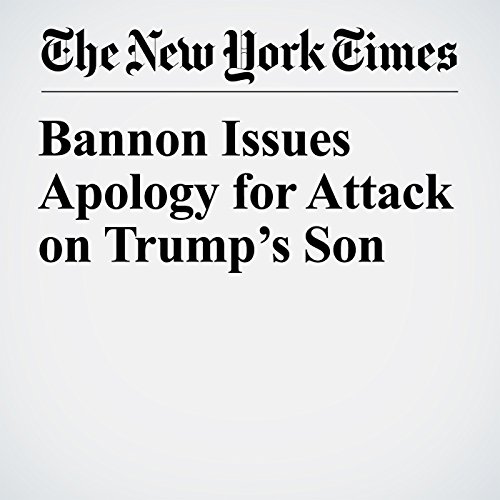 Isolated from his political allies and cut off from his financial patrons, Stephen K. Bannon, President Donald Trump’s former chief strategist, issued a striking mea culpa on Sunday for comments he had made that were critical of the president’s eldest son.

"Bannon Issues Apology for Attack on Trump’s Son" is from the January 07, 2018 U.S. section of The New York Times. It was written by Jeremy W. Peters, Michael Tackett and Noah Weiland and narrated by Kristi Burns.