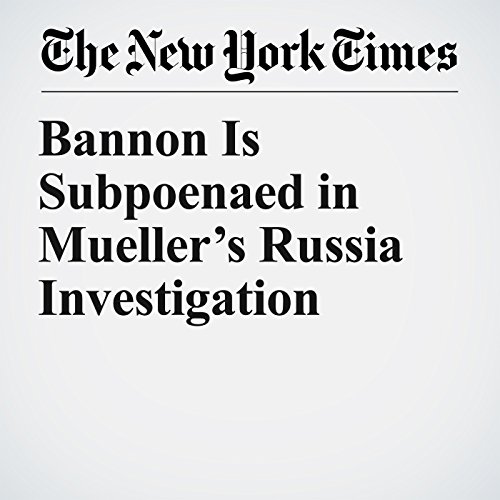 Stephen Bannon, President Donald Trump’s former chief strategist, was subpoenaed last week by special counsel Robert Mueller to testify before a grand jury as part of the investigation into possible links between Trump’s associates and Russia, according to a person with direct knowledge of the matter.

"Bannon Is Subpoenaed in Mueller’s Russia Investigation" is from the January 16, 2018 U.S. section of The New York Times. It was written by Michael S. Schmidt and narrated by Keith Sellon-Wright.