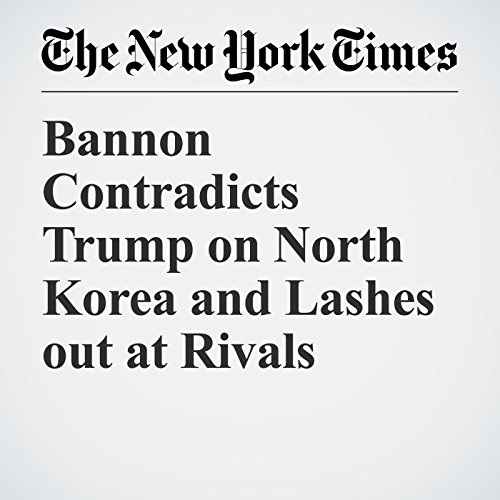 If President Donald Trump is considering whether to fire Stephen K. Bannon, his chief strategist, as has been rumored for weeks, Bannon just gave him several new reasons.

"Bannon Contradicts Trump on North Korea and Lashes out at Rivals" is from the August 17, 2017 U.S. section of The New York Times. It was written by Michael D. Shear and Maggie Haberman and narrated by Keith Sellon-Wright.