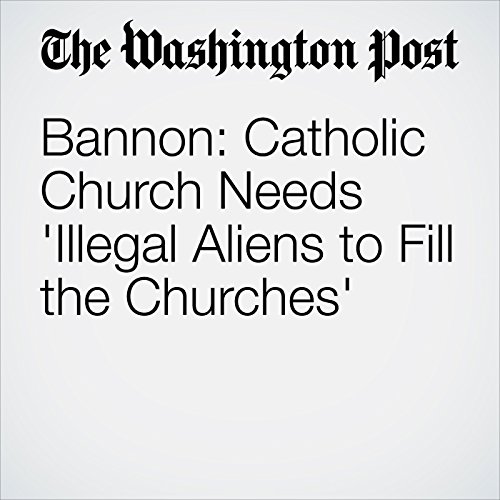 Stephen K. Bannon, President Trump's former chief strategist, lashed out at leaders of the Catholic Church in the United States who condemned the president's recent decision to phase out an Obama-era program that has allowed nearly 800,000 undocumented immigrants who were brought to the country as children to gain temporary legal status.

"Bannon: Catholic Church Needs 'Illegal Aliens to Fill the Churches'" is from the September 07, 2017 Post Politics section of The Washington Post. It was written by Jenna Johnson and narrated by Sam Scholl.