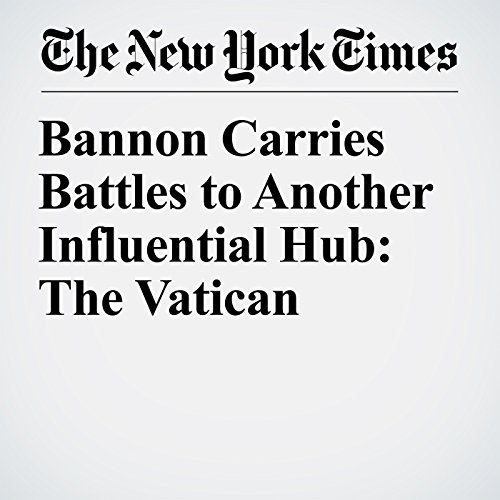 For many of the pope’s ideological opponents in and around the Vatican, who are fearful of a pontiff they consider outwardly avuncular but internally a ruthless wielder of absolute political power, this angry moment in history is an opportunity to derail what they see as a disastrous papal agenda. And in Trump, and more directly in Bannon, some self-described “Rad Trads” — or radical traditionalists — see an alternate leader who will stand up for traditional Christian values and against Muslim interlopers.

"Bannon Carries Battles to Another Influential Hub: The Vatican" is from the February 06, 2017 World section of The New York Times. It was written by Jason Horowitz and narrated by Caroline Miller.