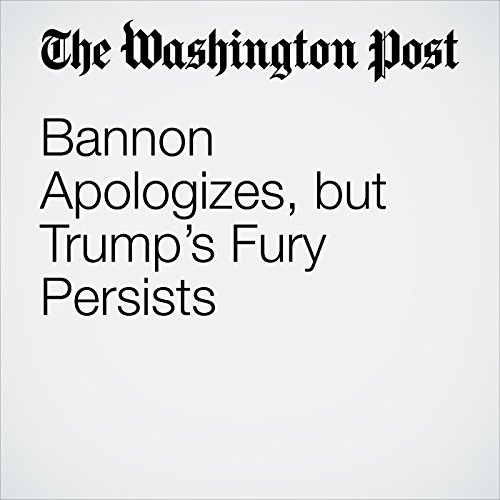 President Trump’s former chief strategist offered a semi-apology Sunday after days of withering castigation from the White House over his scathing comments in a new book, praising Trump in a public statement that aimed to soften his earlier criticism.

"Bannon Apologizes, but Trump’s Fury Persists" is from the January 07, 2018 Politics section of The Washington Post. It was written by David Nakamura, Ashley Parker and Josh Dawsey and narrated by Sam Scholl.