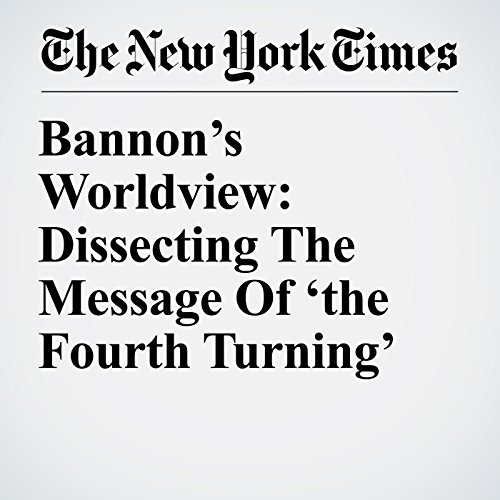 Stephen Bannon has great admiration for a provocative but disputed theory of history that argues that the United States is nearing a crisis that could be just as disruptive and catastrophic as the most seminal global turning points of the last 250 years.

"Bannon’s Worldview: Dissecting The Message Of ‘the Fourth Turning’" is from the April 08, 2017 U.S. section of The New York Times. It was written by Jeremy W. Peters and narrated by Kristi Burns.

The Trump Presidency was predicted in 1997 by historians Strauss and Howe.
CRISIS
Face the Future!!!