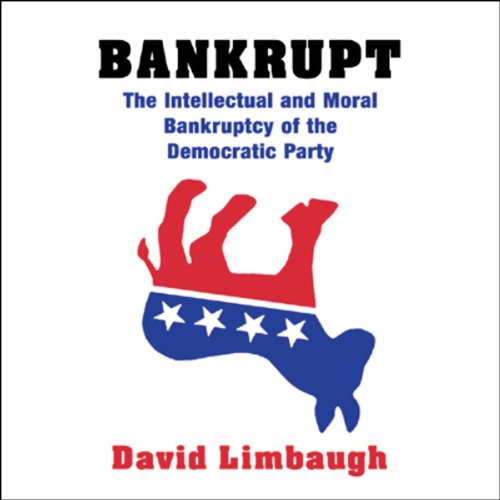 With his trademark bull's eye analysis and common sense, David Limbaugh offers a sobering and shocking portrait of a Democrat Party too morally and intellectually bankrupt to serve our country.

I was less than pleased with the Narration of this audiobook. The narrator seemed to be making fun of what he was reading. The material is great, the analysis and presentation were wonderful. I only wish David Limbaugh had read it himself!

Overall, the facts seem to be good and straight, however being clearly pro-Republican book and not trying to offer any objective insight won't earn this book large crowd of fans.