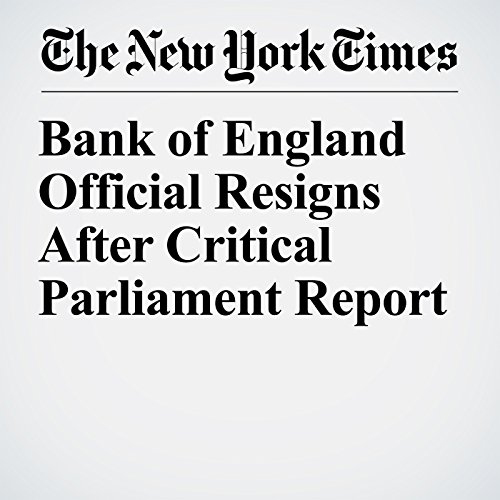 A senior Bank of England official who had been named a deputy governor at the central bank has resigned after a Parliament committee found that her failure to disclose a potential conflict of interest showed she lacked the competence to take on a new role overseeing banks and financial markets.

"Bank of England Official Resigns After Critical Parliament Report" is from the March 14, 2017 Business section of The New York Times. It was written by Chad Bray and narrated by Keith Sellon-Wright.