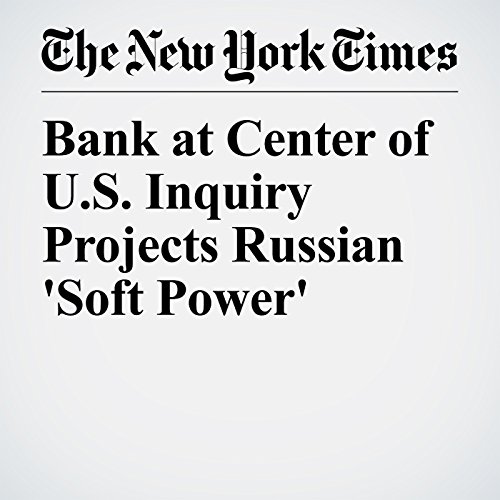 Despite this presence on Wall Street, detailed in previously unreported financial records, Vnesheconombank, or VEB, is no normal bank. It is wholly owned by the Russian state. It is intertwined with Russian intelligence. And the Russian prime minister is, by law, the chairman of its supervisory board.

"Bank at Center of U.S. Inquiry Projects Russian 'Soft Power'" is from the June 04, 2017 Business section of The New York Times. It was written by Ben Protess, Andrew E. Kramer and Mike Mcintire and narrated by Keith Sellon-Wright.