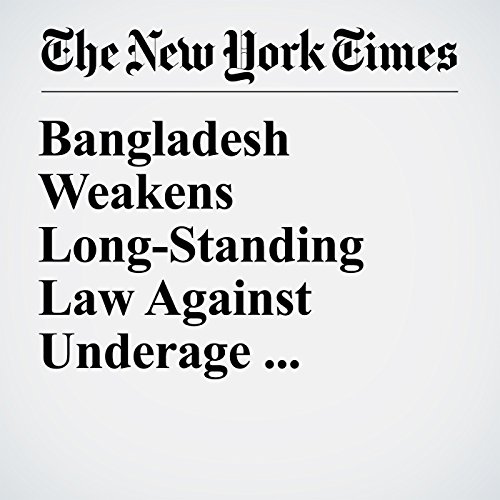 A new provision in the Child Marriage Restraint Act, which dates to 1929, allows girls under the age of 18 to marry in some circumstances. The change was met with praise from Islamist groups, who said it fell more in line with traditional religious practices.

"Bangladesh Weakens Long-Standing Law Against Underage Marriage" is from the February 27, 2017 World section of The New York Times. It was written by Maher Sattar and Ellen Barry and narrated by Caroline Miller.