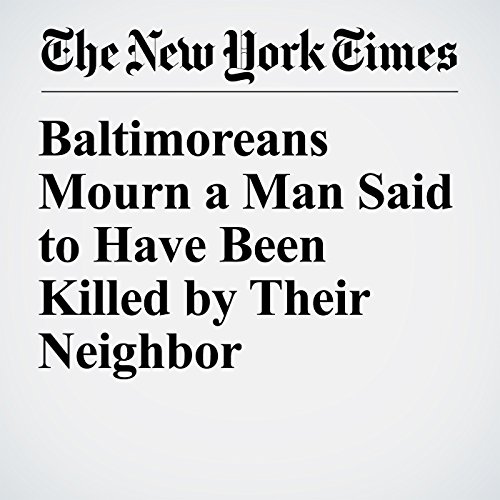 Under a gloomy sky, a crowd of a few dozen people assembled in the yard outside a stone church, a mostly white group who carried posters and wore T-shirts with messages like “Black Lives Matter,” “Stay Woke” and, simply, “BMORE Kind.” They had come on a Saturday evening to mourn a man they did not know, killed some 200 miles from here.

"Baltimoreans Mourn a Man Said to Have Been Killed by Their Neighbor" is from the March 26, 2017 U.S. section of The New York Times. It was written by Rick Rojas and narrated by Fleet Cooper.