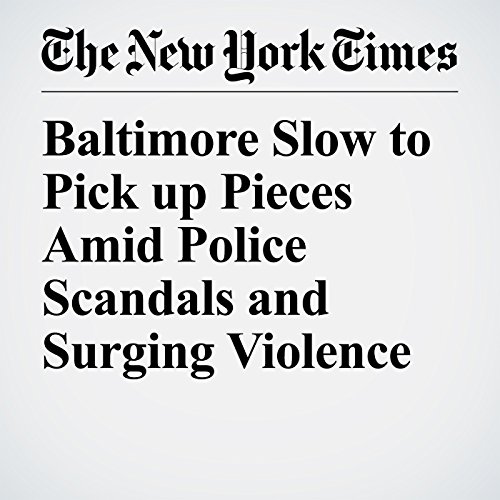 The pop-pop of gunfire echoed through the Druid Heights neighborhood several times Saturday, but a volunteer cleanup crew barely reacted to the familiar sound. Instead, the volunteers noted what was missing: In the hours they spent clearing waist-high weeds and broken glass from a vacant lot, they saw no sign of the police.

"Baltimore Slow to Pick up Pieces Amid Police Scandals and Surging Violence" is from the August 09, 2017 U.S. section of The New York Times. It was written by Richard Pérez Peña and Sheryl Gay Stolberg and narrated by Barbara Benjamin-Creel.