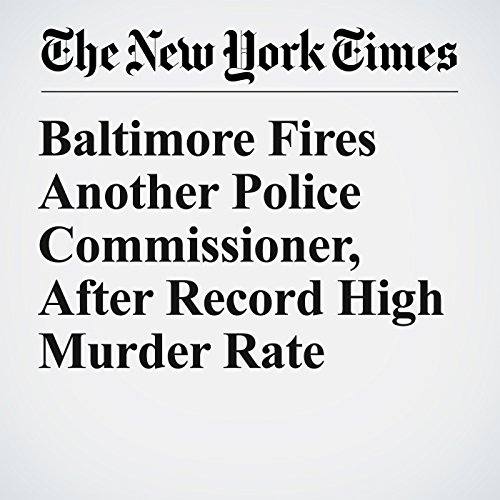 The mayor of Baltimore abruptly announced Friday that she had relieved the city’s police commissioner of duty after a year of unprecedented violence in the city.

"Baltimore Fires Another Police Commissioner, After Record High Murder Rate" is from the January 19, 2018 U.S. section of The New York Times. It was written by Jonah Engel Bromwich and narrated by Barbara Benjamin-Creel.