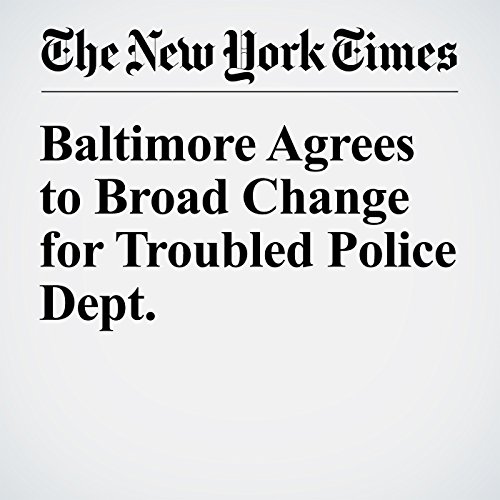 Nearly two years after the death of a black man in police custody set off violent riots here, the Justice Department and city leaders announced a long-sought agreement Thursday to impose greater oversight and training on the police force.

"Baltimore Agrees to Broad Change for Troubled Police Dept." is from the January 12, 2017 U.S. section of The New York Times. It was written by Eric Lichtblau and narrated by Keith Sellon-Wright.