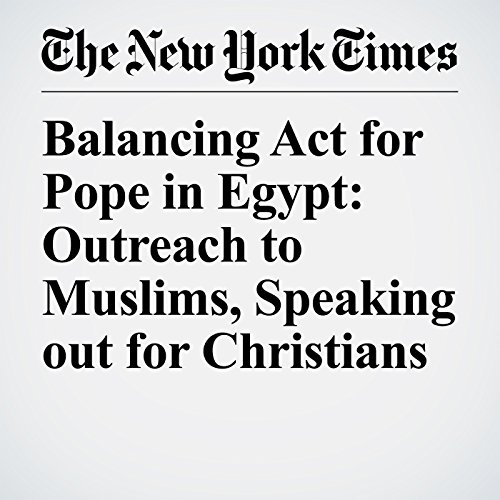 Pope Francis departed from his prepared remarks at a special prayer service honoring Christian martyrs in Rome last weekend to tell the story of a Muslim man who watched Islamist terrorists cut the throat of his Christian wife because she refused to discard her crucifix.

"Balancing Act for Pope in Egypt: Outreach to Muslims, Speaking out for Christians" is from the April 27, 2017 World section of The New York Times. It was written by Jason Horowitz and narrated by Mike DelGaudio.