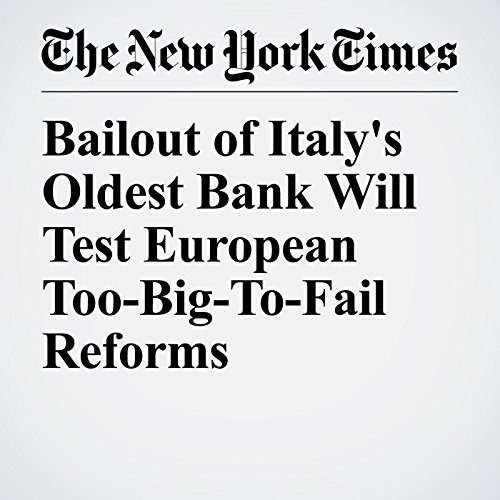 Some banks go to the international markets when they need money for a big deal. Monte dei Paschi di Siena, one of Italy’s biggest lenders, tapped its own loyal customers.

"Bailout of Italy's Oldest Bank Will Test European Too-Big-To-Fail Reforms" is from the June 01, 2017 Business section of The New York Times. It was written by Jack Ewing, Gaia Pianigiani and Chad Bray and narrated by Barbara Benjamin-Creel.