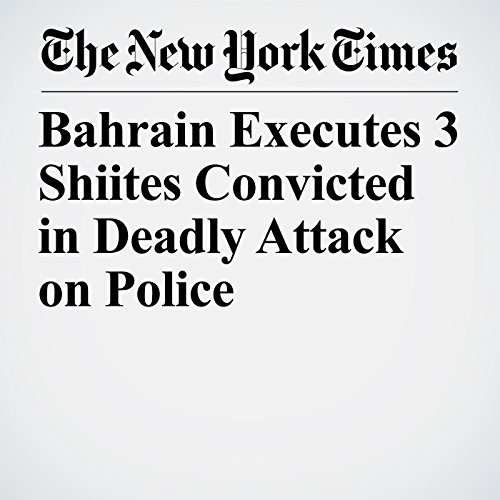 The executions were condemned by human rights groups, which said the men had been convicted in unfair trials based on evidence allegedly obtained through torture.

"Bahrain Executes 3 Shiites Convicted in Deadly Attack on Police" is from the January 15, 2017 World section of The New York Times. It was written by Ben Hubbard and narrated by Kristi Burns.