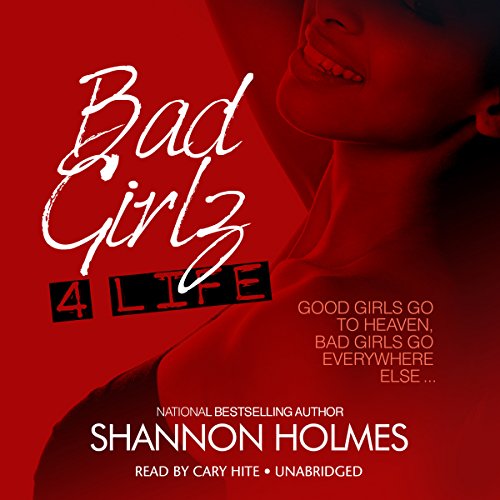 Number-one Essence best-selling author Shannon Holmes returns with the explosive sequel to his national best seller, Bad Girlz.Tonya Morris, aka "Tender", is back, and this time the ride is wilder than ever.

Coming of age in the Badlands of north Philadelphia - one of the toughest and poorest communities in the country - Tonya Morris has had to make some desperate and, at times, ruthless moves in her bid to survive. When she stepped into the unforgiving business of stripping, she found herself caught up in a world of sex-filled nights, dirty money, backstabbing cohorts, and murder.

She left that world behind to become a hairstylist. However, after she is blacklisted from salons across Philadelphia and evicted by her shady landlord, Tonya finds herself back in the stripping business, except this time she promises herself things are going to end differently.

Tonya teams up with her best friend, Na'eema, to organize underground sex parties, and it's not long before they have a team of beautiful girls and are rubbing elbows with athletes, rappers, and celebrities.

Then Tonya's ex-lover and now music industry superstar, Q, steps onto the scene, and everything takes a dramatic new twist. Because it's not just Q who is back in her life. His murderous baby mama, Niecey, is fresh out of jail and ready to raise hell, and she's got Tonya in her sights. In the meantime Tonya's past has risen like a beast, threatening to tear away all her newfound success. But Tonya isn't going down without a fight.

was a good ass book!!! luved every minute of it !

so real and kept me intrigued!!! awesome read...i could go for book three four five and so on....the characters were so realistic!!!

Didn't enjoy this book as much as the first one. Story line was boring . Was disappointed 😩

needed to be better edited

it was an ok read to be free.Books one and two should have been one book

I wish Nicole Small narrated book 1, the experience was so different. Thank you Nicole Small for bringing the book to life.

I like how it wasn't the same ol thing in book 2. Ups and downs but not forced. This book is well written and the narrator.... well we know she's great.

I struggled to finish this book .. it was very wordy without alot of substance. I almost put it down several times but muddled thru. Nicole Small narriating is what kept me listening because she's definitely gifted as a narrator

Shannon should continue the book with little Q his Moma Niecey brain washed him to hate Tonya and possess a disrespectful attitude. Also the book should question if Big Q has ended his womanizing ways and test the relationship with him and Tonya

It just wasn't that interesting at all. It started off well however just became very dragged out and boring.

loved it and the narrator was good!!! I have read

this book more than one time, that's how good it is. The 1st book "Bad Girls" is a page turner as well so go ahead and get to reading/listening u won't be disappointed!

i absolutely loveeddd this book , i think it being narrated by nicole small made it even better . her tone of voice is always on point . The book itself is just so good , thanks Shannon

loved it for real

loved it great book. the only thing I did not like was nothing lol . adding another author to my favourite authors list