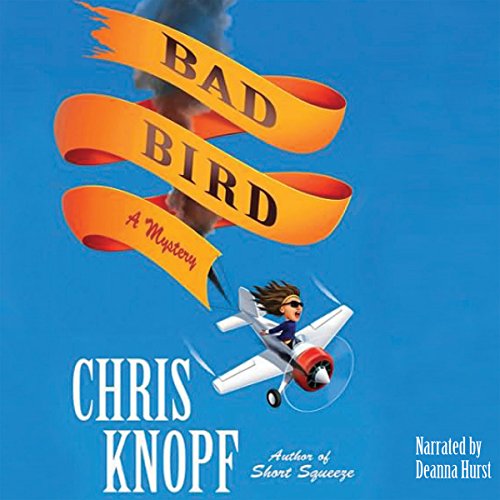 Jackie Swaitkowski investigates the death of a female pilot who had a family tree filled with ex-cons and a passenger list packed with Hamptons high society. Just before Eugenie Conklin's plane took a nosedive, she tossed out a camera case that held an unusual set of photos. While defending Eugenie's husband during the accident investigation, Jackie realizes that she recognizes more than a few of the faces in those pictures. They may be able to prove her client's innocence, but Jackie soon learns that to find the answer to Eugenie's death will mean uncovering a mystery from her own family's past as well.

A moment of reflection leads to a mystery

If you could sum up Bad Bird in three words, what would they be?

the story line and twists and turns to the finish.

Loved this book. Chris Knopf has a one of a kind voice and an out there story to tell.

I have no idea

What could Chris Knopf have done to make this a more enjoyable book for you?

Ihave read other Chris Knopf books and have enjoyed them but this was a boring story and didn't care for the narrater.

Would you be willing to try another one of Deanna Hurst’s performances?