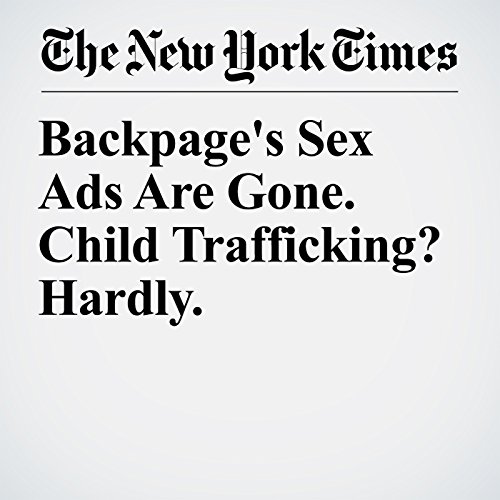 Since she was 14, Tiffany says, she has been sold for sex, offered via hundreds of advertisements on Backpage.com, a website that grew rich on classified ads for services like escorts, body rubs and exotic dancers. Far from being a marketplace for consensual exchanges, Backpage, authorities said, often used teasers like “Amber Alert” and “Lolita” to signal that children were for sale.

"Backpage's Sex Ads Are Gone. Child Trafficking? Hardly." is from the March 11, 2017 U.S. section of The New York Times. It was written by Timothy Williams and narrated by Fleet Cooper.