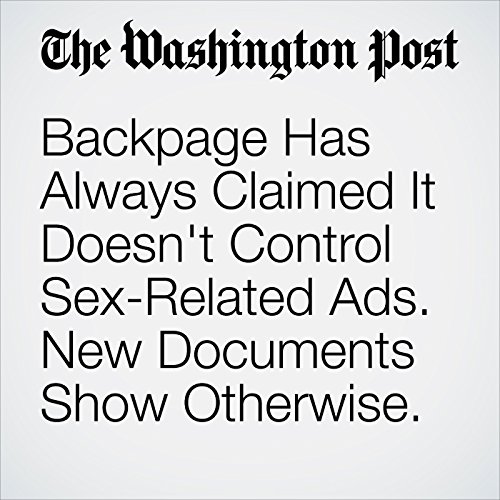 A contractor for the controversial classifieds website Backpage.com has been aggressively soliciting and creating sex-related ads, despite Backpage’s repeated insistence that it had no role in the content of ads posted on its site, according to a trove of newly discovered documents.

"Backpage Has Always Claimed It Doesn't Control Sex-Related Ads. New Documents Show Otherwise." is from the July 11, 2017 Local section of The Washington Post. It was written by Tom Jackman and Jonathan O'Connell and narrated by Barbara Benjamin-Creel.