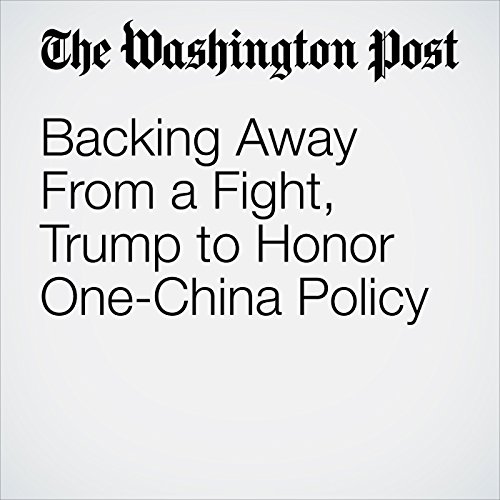 The move is set to ease tensions between the world’s two most powerful nations: relations had been inflamed after Trump suggested he would only commit to the one-China policy if Beijing addressed his concerns about trade and currency issues.

"Backing Away From a Fight, Trump to Honor One-China Policy" is from the February 10, 2017 World section of The Washington Post. It was written by Simon Denyer and Philip Rucker and narrated by Jill Melancon.