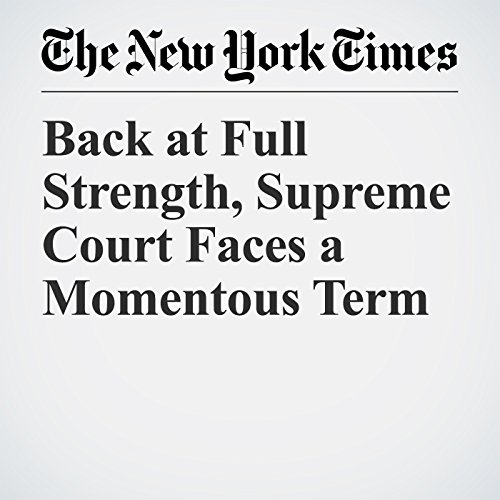 Back at Full Strength, Supreme Court Faces a Momentous Term

The Supreme Court, which was short-handed and slumbering for more than a year after the death of Justice Antonin Scalia, is returning to the bench on Monday with a far-reaching docket that renews its central role in American life.

"Back at Full Strength, Supreme Court Faces a Momentous Term" is from the October 01, 2017 U.S. section of The New York Times. It was written by Adam Liptak and narrated by Kristi Burns.