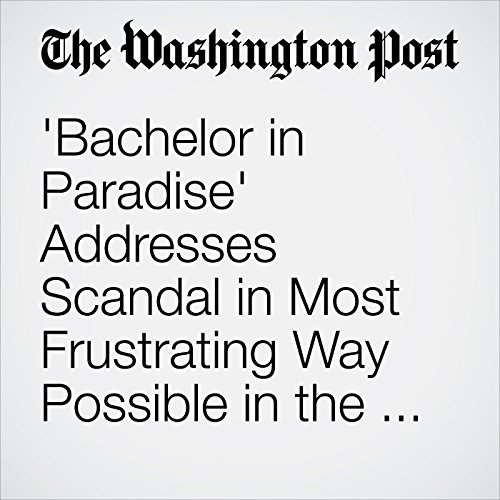 In case you missed it, production on the popular “Bachelor” spinoff was shuttered in June after alleged “misconduct” took place during filming on set in Mexico. Producers did not elaborate, though within hours rumors were flying, namely that the situation involved two cast members; an incident in a pool; and “a drunk sexual encounter with a female contestant who may have been too intoxicated to consent,” according to reports.

"Bachelor in Paradise' Addresses Scandal in Most Frustrating Way Possible in the Premiere" is from the August 15, 2017 Arts and Entertainment section of The Washington Post. It was written by Emily Yahr and narrated by Sam Scholl.