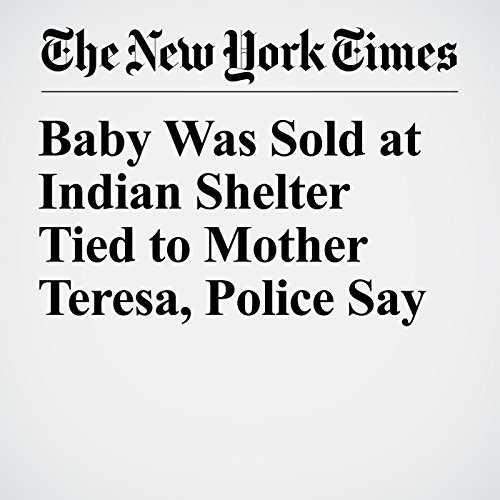 NEW DELHI — A nun and a charity worker were accused this week of selling a baby at a shelter for unmarried mothers in eastern India run by an organization founded by Mother Teresa.

"Baby Was Sold at Indian Shelter Tied to Mother Teresa, Police Say" is from the July 06, 2018 World section of The New York Times. It was written by Hari Kumar and narrated by Mike DelGaudio.