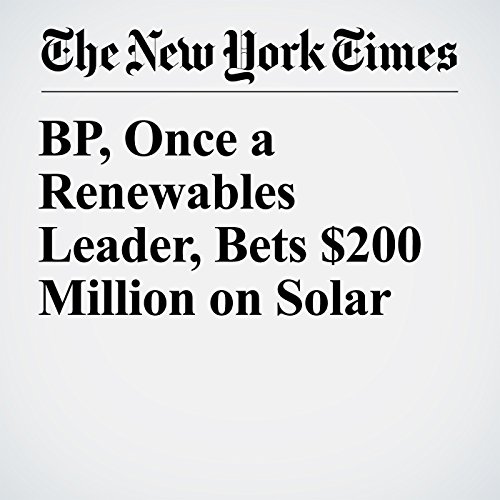 BP had been at the forefront when it came to major oil companies going green. It invested billions in renewables. It was quick to acknowledge the link between fossil fuels and global warming. It adopted the slogan “Beyond Petroleum.”

"BP, Once a Renewables Leader, Bets $200 Million on Solar" is from the December 15, 2017 Business section of The New York Times. It was written by Stanley Reed and narrated by Kristi Burns.