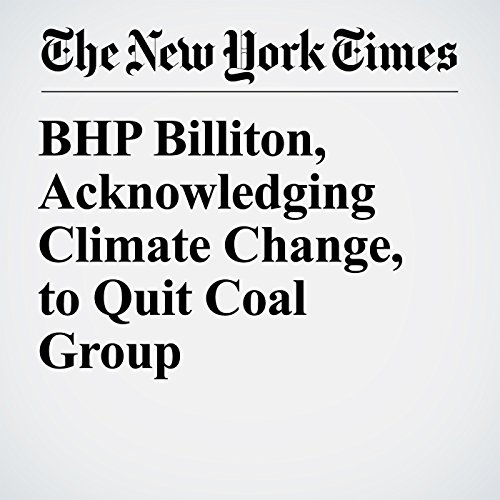 One of the world’s largest coal companies, acknowledging the growing momentum toward addressing climate change, said it planned to pull out of a major industry group over its environmental stances.

"BHP Billiton, Acknowledging Climate Change, to Quit Coal Group" is from the December 19, 2017 Business section of The New York Times. It was written by Adam Baidawi and narrated by Keith Sellon-Wright.