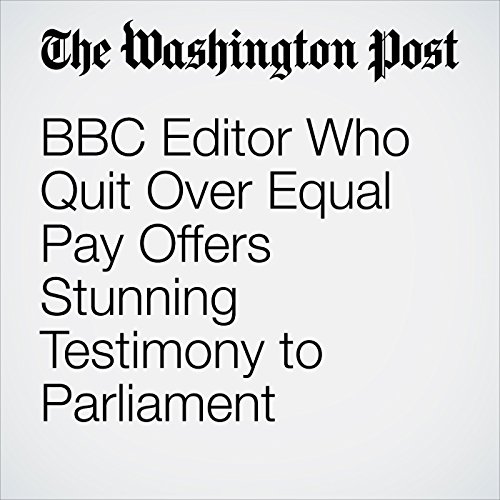 Less than a month after she sensationally resigned her post as the BBC’s China editor, journalist Carrie Gracie appeared before British lawmakers Wednesday and explained the circumstances that led to her departure in protest over unequal pay.

"BBC Editor Who Quit Over Equal Pay Offers Stunning Testimony to Parliament" is from the January 31, 2018 World section of The Washington Post. It was written by Karla Adam and narrated by Sam Scholl.