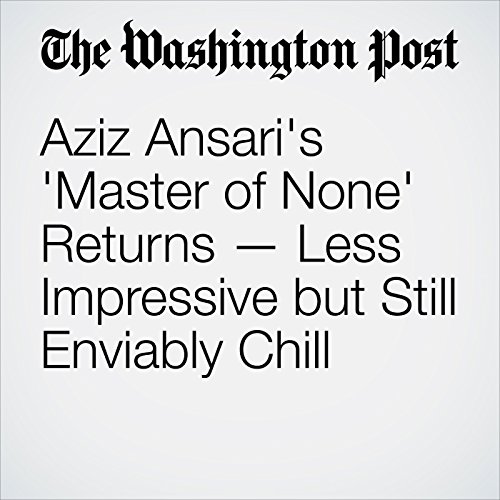 The initial praise lavished on Aziz Ansari’s “Master of None” focused mainly on the show’s original takes on race and other states of outsiderness, seen not only from the perspective of its main character, Dev Shah (Ansari) and his Indian ethnicity, but also in the slights and microagressions experienced by those within Dev’s circle: immigrant parents; friends of other races and sexual orientations; a white girlfriend; and even the strangers he meets on the street.

"Aziz Ansari's 'Master of None' Returns — Less Impressive but Still Enviably Chill" is from the May 10, 2017 Entertainment section of The Washington Post. It was written by Hank Stuever and narrated by Sam Scholl.