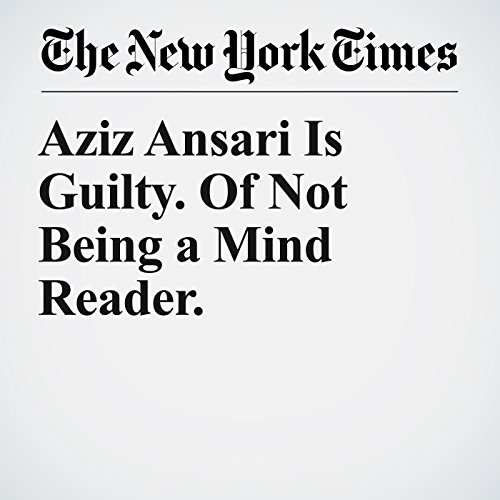 I’m apparently the victim of sexual assault. And if you’re a sexually active woman in the 21st century, chances are that you are, too.

"Aziz Ansari Is Guilty. Of Not Being a Mind Reader." is from the January 16, 2018 Opinion section of The New York Times. It was written by Bari Weiss and narrated by Kristi Burns.

Cosa pensano gli ascoltatori di Aziz Ansari Is Guilty. Of Not Being a Mind Reader.