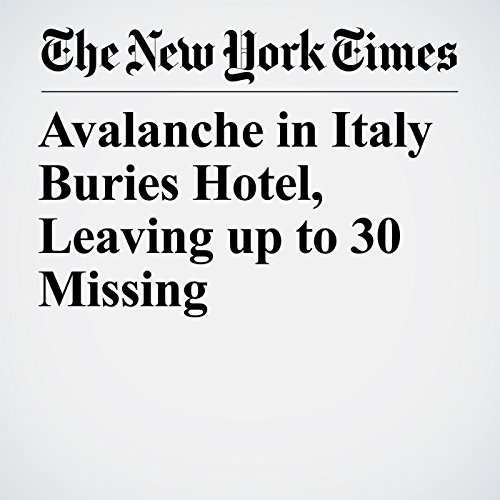 As many as 30 people were missing after an avalanche barreled into a mountainside hotel in central Italy, civil protection officials said Thursday, a day after four earthquakes struck the region, which has been hit hard in recent months.

"Avalanche in Italy Buries Hotel, Leaving up to 30 Missing" is from the January 19, 2017 World section of The New York Times. It was written by Elisabetta Povoledo and Gerry Mullany and narrated by Fleet Cooper.