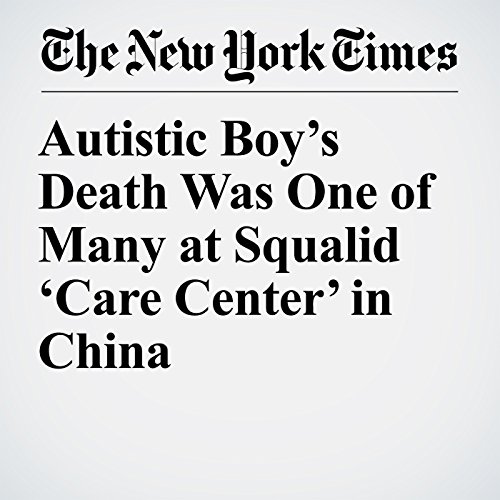 Squalid conditions at a “care center” for vagrants in southern China ignited public outrage Monday after reports that at least 21 people held there had died in just a few months, including an autistic boy who died after being given filthy food and water.

"Autistic Boy’s Death Was One of Many at Squalid ‘Care Center’ in China" is from the March 20, 2017 World section of The New York Times. It was written by Chris Buckley and Adam Wu and narrated by Caroline Miller.