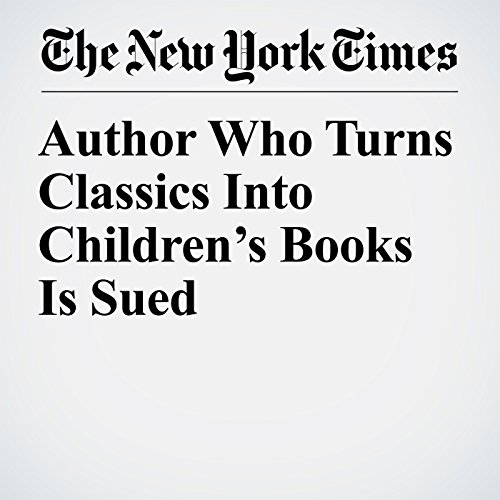 The complaint, which was filed Thursday in U.S. District Court in Manhattan, claims that KinderGuides, which are based on classic novels such as Kerouac’s “On the Road,” Hemingway’s “The Old Man and the Sea,” Capote’s “Breakfast at Tiffany’s” and Clarke’s “2001: A Space Odyssey,” are nothing more than “unauthorized derivative” works that lift the plot, characters and settings from copyrighted books.

"Author Who Turns Classics Into Children’s Books Is Sued" is from the January 19, 2017 Business section of The New York Times. It was written by Alexandra Alter and narrated by Kristi Burns.