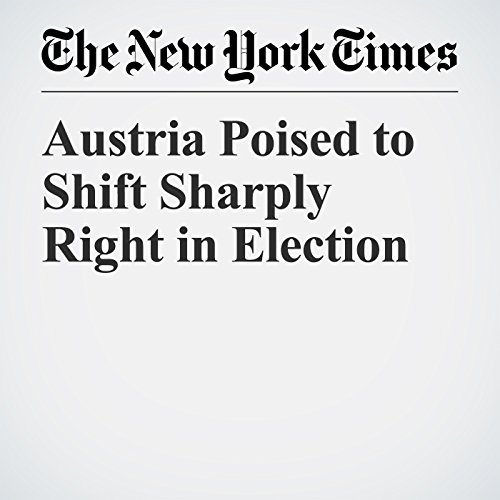 Austrians rejected a right-wing populist to represent them as head of state by a wafer-thin margin last year. But after a general campaign focused on immigration and rocked by scandal, voters appear poised in elections this Sunday to give populism a new push by granting a far-right party at least a share of power in the next government.

"Austria Poised to Shift Sharply Right in Election" is from the October 13, 2017 World section of The New York Times. It was written by Melissa Eddy and narrated by Barbara Benjamin-Creel.