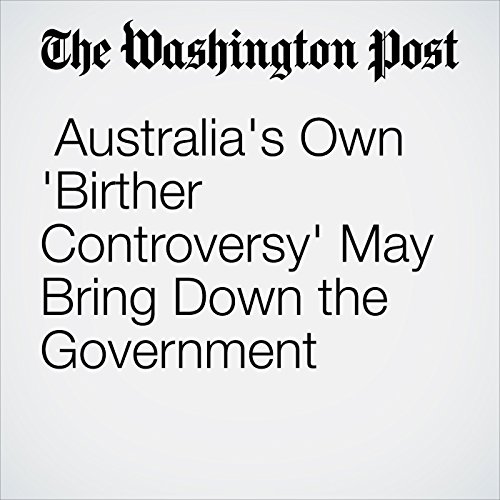 Australia's Own 'Birther Controversy' May Bring Down the Government

Australia’s conservative coalition government was thrown into turmoil on Friday after the country’s high court ruled that five politicians, including the deputy prime minister and four other senators, had been disqualified from office. The decision could bring down Prime Minister Malcolm Turnbull’s ruling coalition, which so far has relied on a slim majority of only one seat.

"Australia's Own 'Birther Controversy' May Bring Down the Government" is from the October 27, 2017 World section of The Washington Post. It was written by Rick Noack and narrated by Jenny Hoops.