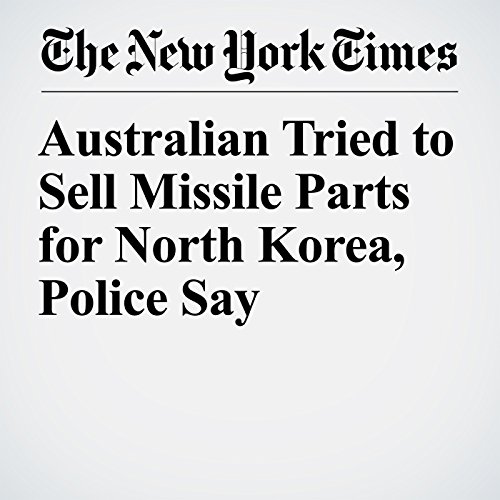 Federal police said Sunday that they had arrested an Australian man who was charged with acting as an economic agent for North Korea by trying to help the isolated country sell its missile parts and other military technology abroad.

"Australian Tried to Sell Missile Parts for North Korea, Police Say" is from the December 17, 2017 World section of The New York Times. It was written by Jacqueline Williams and Damien Cave and narrated by Keith Sellon-Wright.